“I’m so glad I’m not going that direction”, I muttered, as I passed an incredibly long line of cars creeping toward the main highway. Impatient drivers were tapping their steering wheels, while I flew by singing to the Classic 80’s station in my big, black rental car.

It wasn’t until I got to work and reached into the back seat for my purse, that I noticed Little Guy’s lunch bag and books. I left a note on the door and headed back the way I had just come. 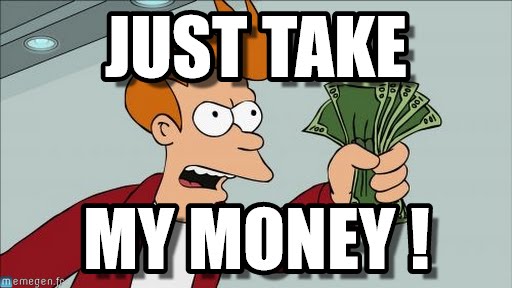 …before my friends find out it broke again!

Did anyone notice, I mentioned a big, black rental car? Big Guy’s suffering with a car full of pain, not to mention his wallet.

When we returned from Christmas holidays, his car wouldn’t start. We got it boosted, but 5 minutes after he left to head home, he called to say it wouldn’t go over 20 km/hr.  He ended up borrowing my car for the remainder of the week. I hitched a ride with one day with the pastor, and the second day I drove his little blue demon.

Three weeks later, he discovered not only had they failed to put fluids in the car, but they had botched the whole job. He had to bring it back down to the same dealership to fix it, which incidentally is the same one where I had to eat Humble Pie. He has my car; I have the rental. No one has heard from the dealership.

Neither of us is terribly optimistic.