A-well-a don’t you know, about the bird?
Well, everybody knows that the bird is the word!
A-well-a bird, bird, b-bird’s the word
– Surfin’ Bird, The Trashmen


Now there is more to a bluejay than any other animal. He has got more different kinds of feeling. Whatever a bluejay feels he can put into language, and not mere commonplace language…You never saw a bluejay get stuck for a word. He is a vocabularized geyser…

This fine bone china tea cup is part of the Birds of America, Series I set made by Queen’s Rosina China Co. Ltd. The Rosina China Co. was established in 1875 iin Staffordshire, England, but this particular set came out in the 1970’s, which means the value of my grandmother’s cup and saucer, is only sentimental. 🙂

Sammy Jay thinks he’s a very fine gentleman and is proud of his handsome blue coat and high cap. But Sammy often does things he shouldn’t do — like stealing. Nobody likes to be told he’s a thief — especially Sammy Jay!

Time to put the kettle on and listen to sassy Sammy Jay. Happy Monday!

The word, hunker,  first emerged in the Scots language in the 18th century. It originally referred to squatting down on the balls of one’s feet, keeping low to the ground but still ready to move if necessary. Lyndon  Johnson used it to mean “get down to  work”. 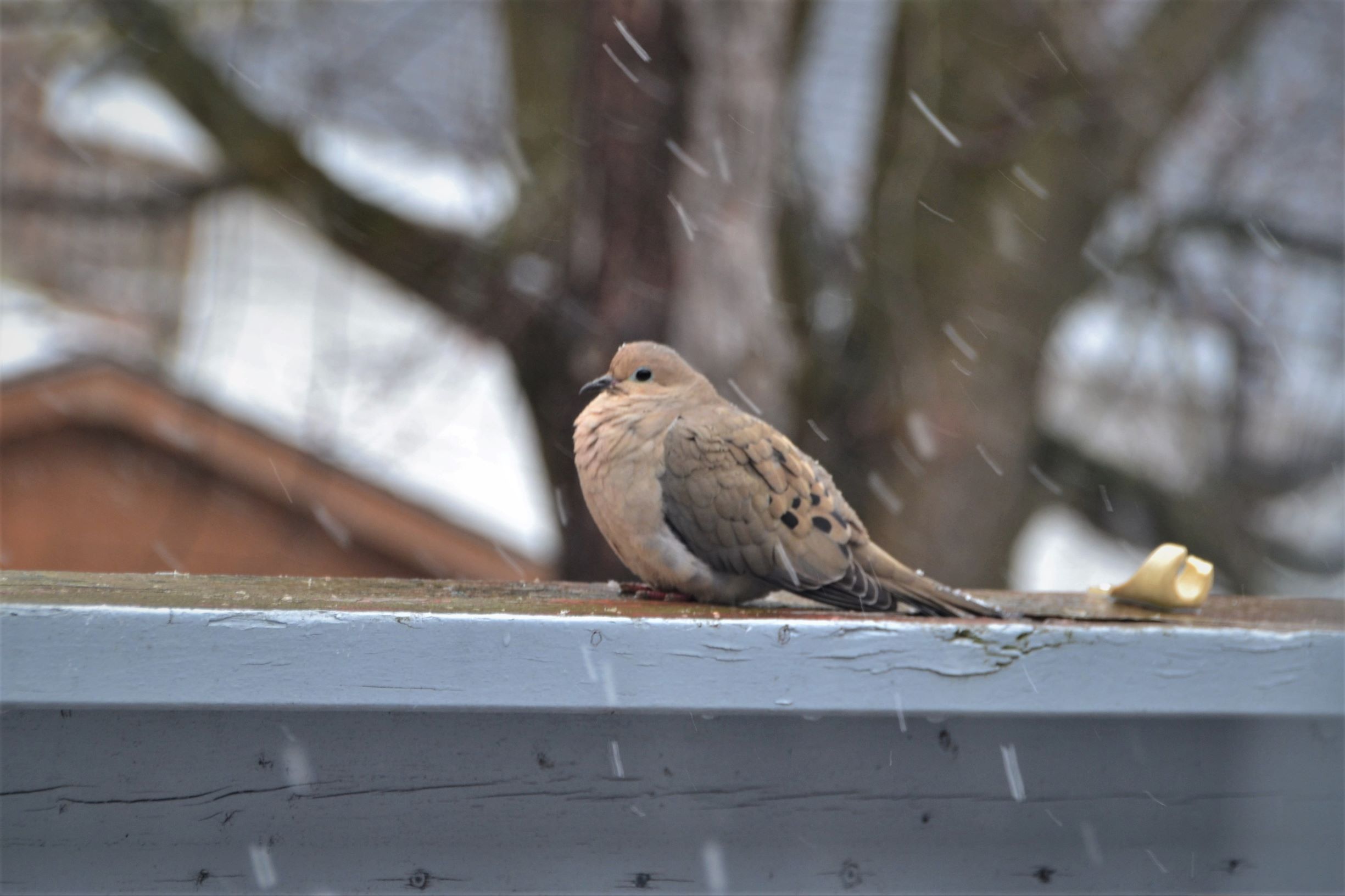 This is a proper hunker. Notice the balanced stance, the hunched shoulders and the absent neck.  All that is missing is chocolate or Doritos – Nacho cheese flavour- and the t.v. remote.

Keep your stick on the ice. We’ll get through this together. – Red Green

The Origin of Hunker Down: https://www.wsj.com/articles/the-stormy-origins-of-hunker-down-1505490652 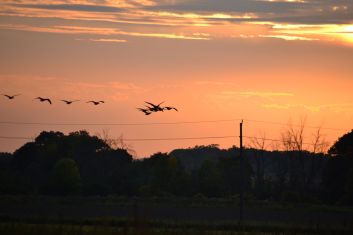 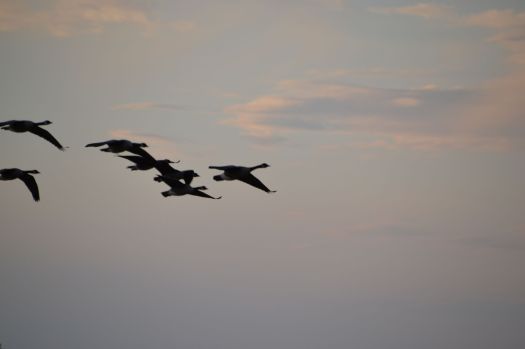 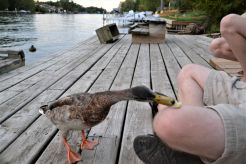 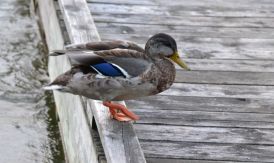 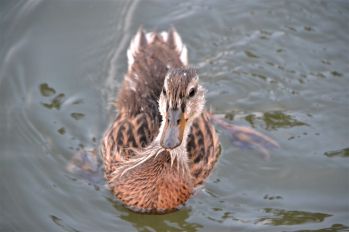 Like a welcome summer rain, humor may suddenly cleanse and cool the earth, the air and you. – Langston Hughes

We finally received some much needed rain, but it just made it more humid outside. As if that was possible. I got caught in it, twice. But I wasn’t the only one…Someone was singing in the rain and taking a shower… 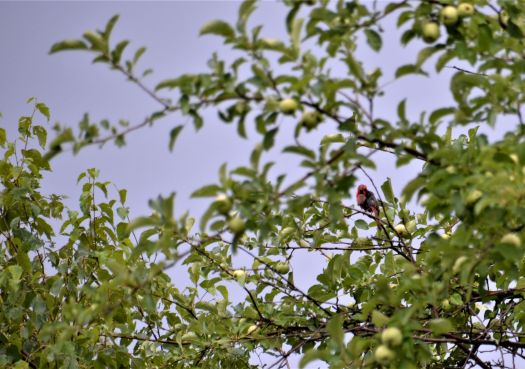 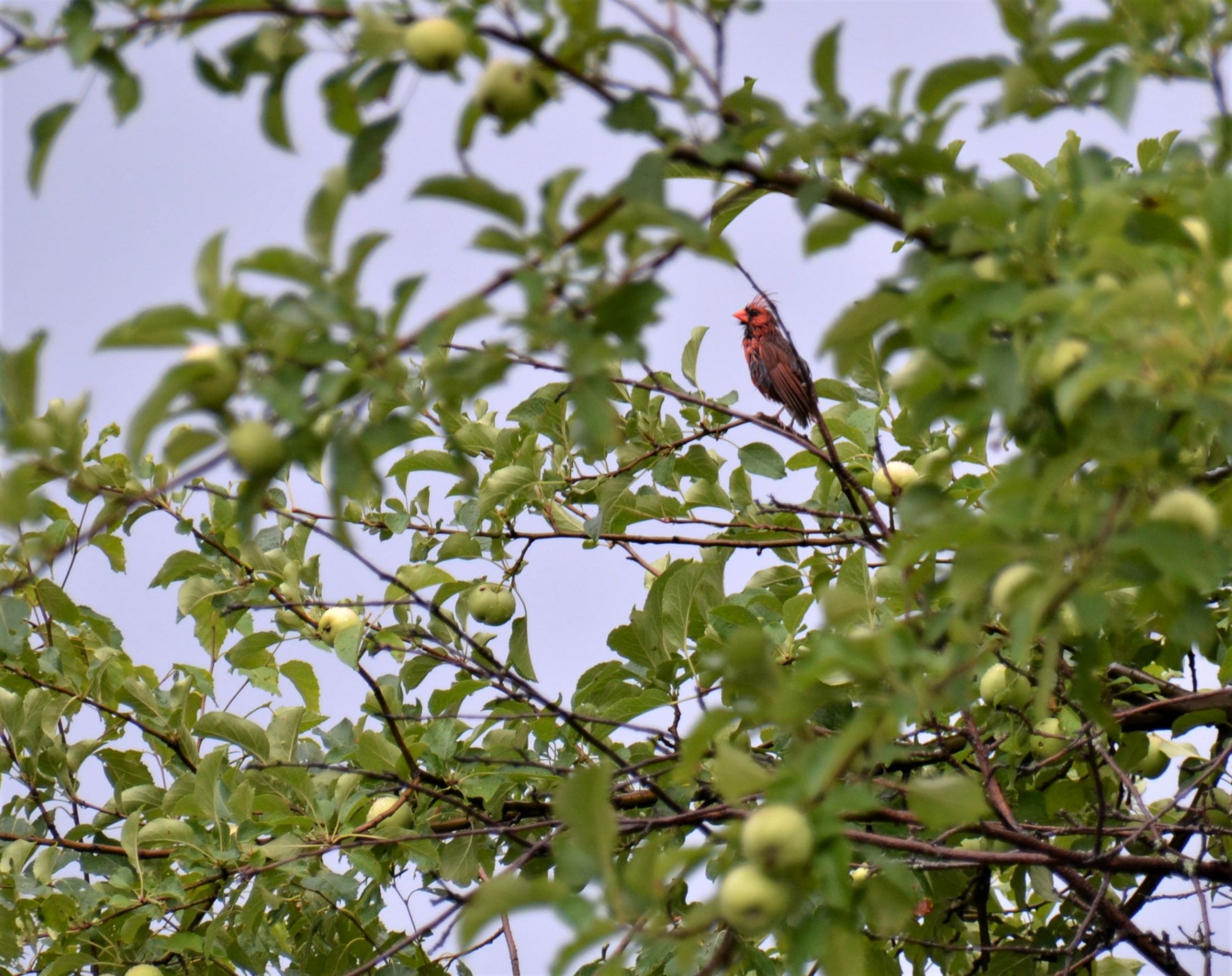 It’s all about perception!

My Dad took some great family photos this week. 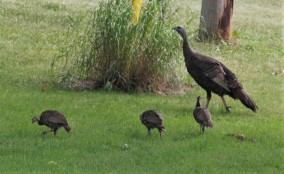 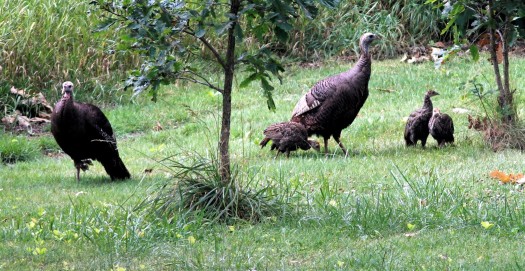 I didn’t say whose family…they’re so cute, couldn’t you just gobble them up?

The art of the bird is to conceal its nest both as to position and as to material, but now and then it is betrayed into weaving into its structure showy and bizarre bits of this or that, which give its secret away and which seem to violate all the traditions of its kind. – John Burroughs 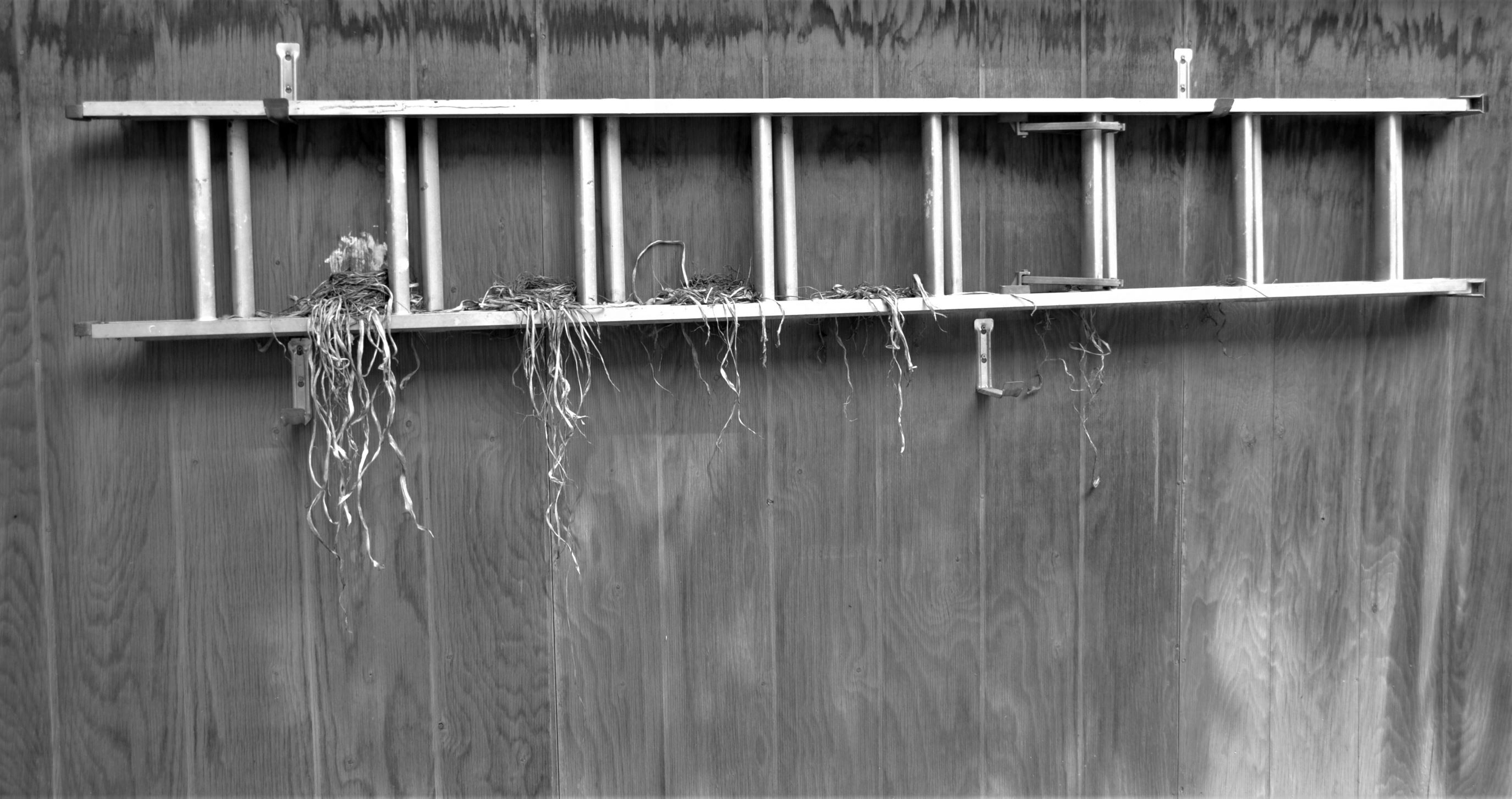 Practice makes perfect. After a long time of practicing, our work will become natural, skillful, swift and steady. – Bruce Lee 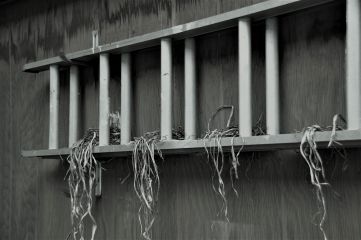 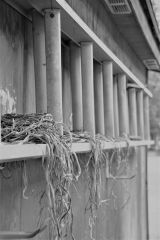 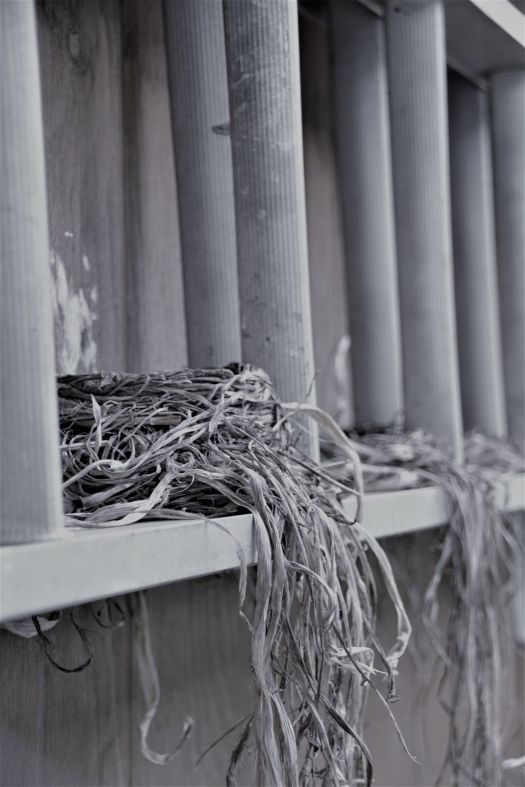 Success is no accident. It is hard work, perseverance, learning, studying, sacrifice, and most of all, love… – Pele

This is my entry for Cee Neuner’s Black & White  Challenge for Lines/Angles.

I shall always remember how the peacocks’ tails shimmered when the moon rose amongst the tall trees, and on the shady bank the emerging mermaids gleamed fresh and silvery amongst the rocks… ― Hermann Hesse, The Journey to the East 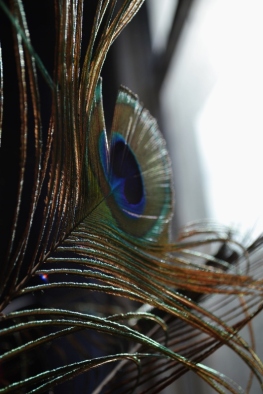 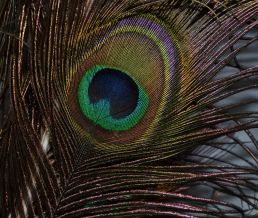 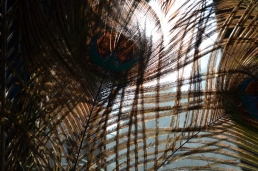 Admire someone else’s beauty without questioning your own.

This is my response to  Cee Neuner’s Fun Foto Challenge: Feathers 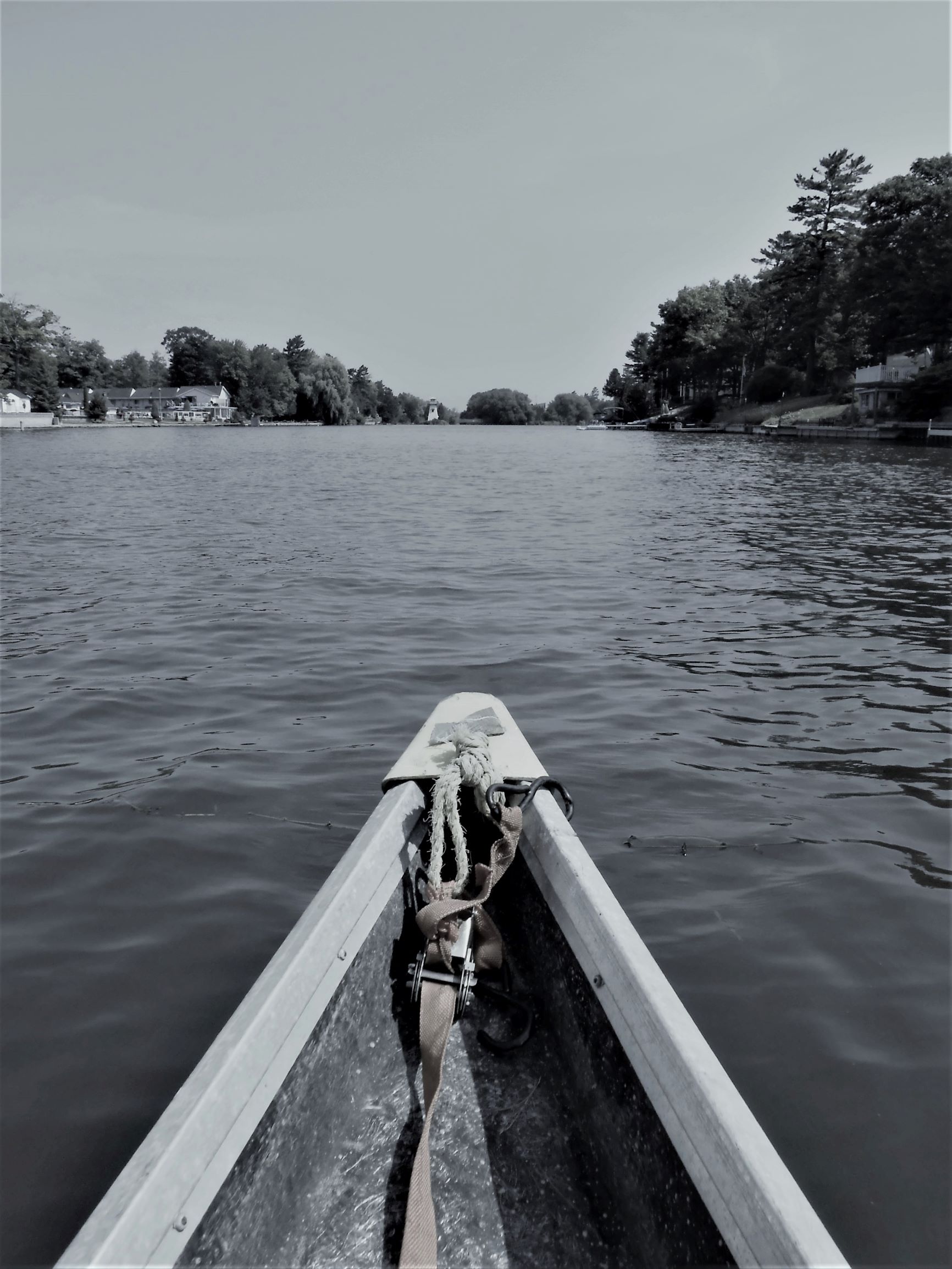 The day, water, sun, moon, night
– I do not have to purchase these things with money. – Plautus 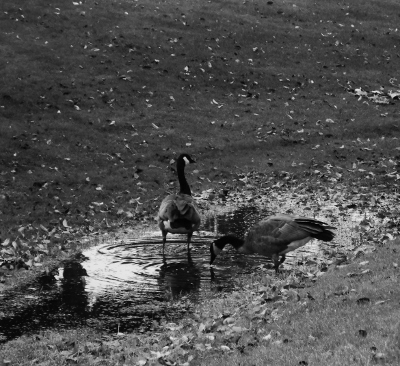 Nothing but heaven itself is better than a friend who is really a friend. – Plautus 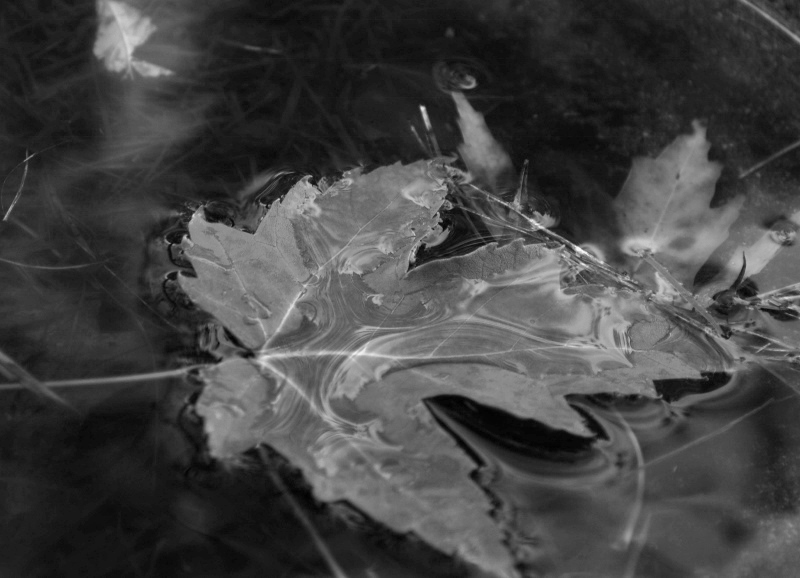 Persevere in virtue and diligence. – Plautus

This post is for Cee Neuner’s Black & White Photo Challenge : In/On the Water