Dear Diary – I nearly broke into a victory dance when I saw the blue uniformed Roto-rooter man coming to the door. We only have toilet in our home and we’d been nearly 16 hours without it.

I discovered the “damage” during out nightly “getting ready for bed” routine. Even as I reached for the closed toilet lid, my eyes darted to the wet plunger which was not tucked neatly behind the toilet,  I had a sinking feeling. The bowl was nearly empty and pieces of something white and black littered the bottom. A thin black film ringed the top. Someone had tried to flush something, and it had failed! (It wasn’t me!) I flushed and the bowl filled with water that threatened to overflow. Hubby spent the next half hour plunging, and pouring hot, soapy water into it, only to scoop it out again. This toilet was solidly plugged.

It was a long night. 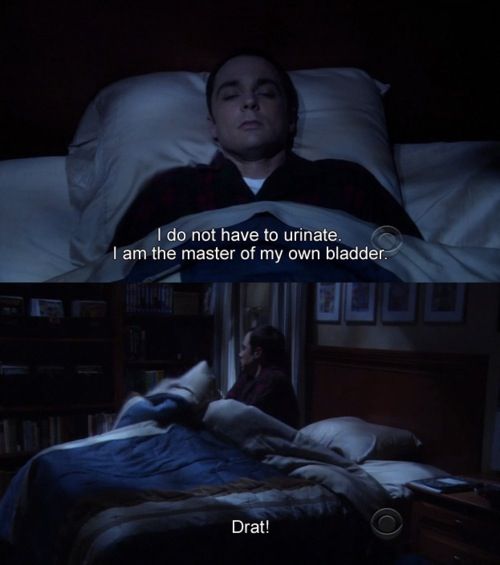 I tried to sleep in to delay the inevitable needs that comes with the morning, but I am ill-equipped to stay those needs. When it’s time, it’s time! I was forced to use…the bucket!

There’s a strange sense of humiliation and  shame that lingers when one is forced to purge inside their own home in a manner beyond the ordinary. And then there’s the age-old question that flits around the minds of even those who have accomplished great things: “what next”? I will spare you the details.

With that humiliation behind, another soon followed. It was after Mr. Roto-rooter left that Hubby pointed it out. After Mr. Roto-rooter fixed the toilet, Hubby asked him to fix a few weary washers, including the one for the faucet outside. No biggie. Except that I hung out clothes to dry earlier in the day, and instead of subjecting our neighbours to my unmentionables (or laying they out for some squirrel to steal as a token), I had hung them around the edge of laundry basket in the sun. At the top of the stairs to our backyard. The stairs Mr. Roto-rooter used to get to the faucet. And there was no way around it.

Dear Diary – I finally got to try out my belated Mother’s Day gift – a new headset for my Xbox. Note to self: don’t wear your hair up on Wednesdays, when you WILL be playing with Big Guy. Otherwise, this might happen…

Perhaps the money would have been better spent on my hair…

Dear Diary – I went to my folks again for a “summer break”. Only 30 minutes into the trip, Hubby called to say that I had forgotten a box with my medication and all my charger cords! We had to go back, and then start the trip. all. over. again.

Traffic was heavy all the way down. Where was everybody going? Most tourist attractions are limited access and the beaches close by 10 a.m.

I got stuck behind a silver Mercedes driving in the passing lane who refused to move over even though there was a long (and I mean long) line of cars behind her. When I flew by her in the center lane, she was busy talking and flicking her hair. When I could safely pull in front of her, I flicked my hair too! There was no line up at Dairy Queen, when we arrived, and I figure I earned it for not flipping something else!

Dear Diary – The school board announced that parents may elect to continue online education for an additional semester if they aren’t comfortable sending their kids to school. I’m not sure what to say. With no sign of Hubby returning to the workplace (and still occupying the only living space we really have), it could be a cosy Fall. I never knew March Break could last this long… 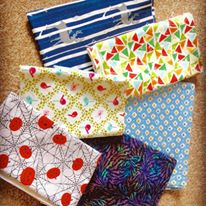 Dear Diary – Can you call a business a business, if you really don’t have much in the way of orders and sales? Isn’t that more of a hobby? Even though I have a huge stack of gorgeous fabric, I went shopping (with my folks) for more fabric. It’s the first time I’ve had to stand in line to get into Fabricland. It isn’t normally a very popular place. I exercised some restraint……but I still have some big plans! If I don’t sell any, I will still look fabulous, right?

Dear Diary – I recorded worship again from my parent’s basement, but it was less puzzling than the first 2 times. I knew which furniture to remove, and how to make my reflection look less zombie-like. 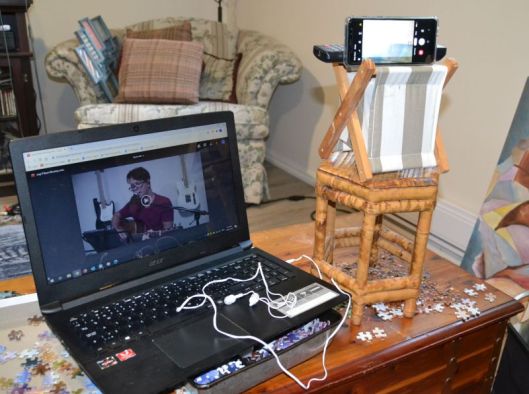 After a few false starts, I was in business. Then I made a mistake of watching some of my recording. Audio aside, all I could think was, “I need a facelift”! Quarantine has not been kind.