It’s a video game that is shaping the next generation! There’s no complex story line, no timers furiously counting down, no pressing deadlines, and no graphic violence. The Minecraft universe is made up of blocks representing materials such as dirt, stone, various ores, wool, and water, and it’s a place I like to escape in my world for a bit at the end of the day.

Some would say that I’m wasting my time (because watching soaps would be so much better-yuck!), while others would argue that video games are inherently evil. But research has shown that sometimes gaming is good for you, and can have medical benefits. There’s even talk now that Minecraft is good for kids. 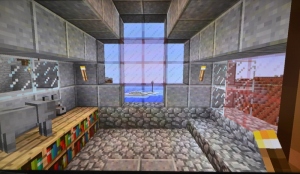 It encourages creativity and imaginative play. Minecraft was initially meant to be solely a survival game, but as it garnered attention, players began stretching their imaginations to build castles, tree houses and buildings that could only exist in a fantasy world. Imaginative behavior is based on the brain using and combining what we’ve learned and reworking them to generate new ideas. Minecraft is an open world and the challenge becomes shaping it to suit their desires. It also gives them the flexibility to decide if they want to build, mine, farm, or just explore the world.

Minecraft encourages learning. Kids are learning everything from programming, science, math, art and design, and history. Kids are mastering computer coding, engineering, architecture, and urban planning. My Little Guy loves the fictional ore called Redstone, a material that carries electrical signals to activate sophisticated machinery. He has created logic circuits to form a working computer inside the game, as well as elevators, cannons, and conveyor belts.

Players explore the world and learn how to gather materials needed to survive. In survival, peaceful mode, players require tools and shelter. In the survival, non-peaceful mode, they will also require food, and weapons for hunting and protection from enemies. They need to be aware of their surroundings in order to avoid swimming in lava or being killed by a Creeper. 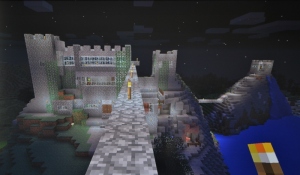 It motivates kids to design their own projects, set their own goals, develop a plan, and work towards its completion. It often means reasoning out visual and spatial aspects, troubleshooting snags, and stretching their self-regulation skills.

Kids can measure success by their standards (not an adult’s standards). Minecraft allows them to be in control of the game and helps them build confidence in their ideas and abilities.

It encourages teamwork. Players can work together to build and protect their world and each other. It requires cooperation, sharing resources, trading supplies, and negotiating projects.

We worked together to lay the patterned marble floor

It can also bring together kids from different social groups and help kids who struggle in social situations, find common ground with their peers. (See the world built by a girl with autism to help her cope in the real world – it’s really cool!). More kids are teaching other kids by publishing tutorials, sharing designs and code, and helping each other online. They are connecting on a global scale.

Relaxation. Video games, like most anything, can become an obsession, but it can also be a form of relaxation. Our kids are stressed by homework and extracurricular activities. Introverts, in particular, rejuvenate in solitude.

It’s also been a way to “play together” as a family at the end of the day. It gets us talking – it keep us connected.  I don’t think I will ever consider this time as anything but well-spent, and as long as they want to spend time with me, I’m hanging out with my kids! We’ve a lot to teach each other!

Our “Poppy Castle” -from the front

From the North Side

10 thoughts on “M is for Minecraft: Good for Kids”