“To me, music is entertainment – what else can it be? In fact, it’s the only language I know of that’s universal.” –  Ray Charles

Tuesday night was the highly anticipated Annual Spring Fling School Concert.  For $8, Hubby and I expect at least 2 hours melting in a dark, gym that smelled like sweat socks…from 1956, stuffed next to doting grandparents, rude parents and fidgety toddlers (who could potentially also smell like sweat socks from 1956),  waving hand-held recording devices of various sizes over their heads so as to block the view of anyone sitting behind row 1. The plastic orange chairs, made for postage-sized bums,  would become more uncomfortable as the evening progresses while our hastily eaten dinner starts a revolt in our lower intestines. The MCs always talk too fast and the sound system is so ancient (way older than 1956), that there is no way to know what they are saying. They could be swearing at us in Klingon, but we would never know! The perimeter of the gym is lined with more anxious parents vying for space with their tripods, while others just stand wherever they desire.

Yup highly anticipated night of listening to poorly-played music while staring at the back of someone’s rapidly balding head. But Hubby and I would share it together.

The first song of the night was “The Concert Etiquette Rap”…yes sadly, our children had to remind us how to behave courtesouly during a public gathering. The parents at Little Guy’s SK Chrismas program were so out of control, snapping photos and crowding the children, that the teachers threatened to end it if they didn’t sit down. 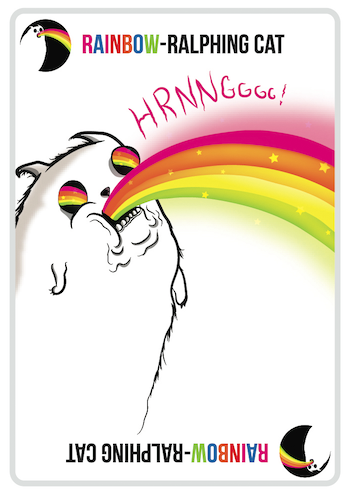 Photo courtesy of pbs.twimg.com (from the Game, Exploding Kittens

I am ashamed to admit, Hubby & I began to look for other ways to help pass the time more pleasantly.

We took turns beating slightly off time with the drummer. He was already way off beat so it just made it a greater challenge.

I tried to snap photos of Hubby when he wasn’t looking, by also not looking at him. He was smirking. I almost got a good one of him, but he held up the program just as I was taking the picture – the flash went off and blinded me.

We critiqued the kids’ clothes. 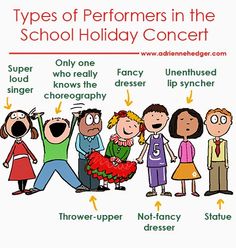 We practiced our poker face every time one of the little darlings went out of tune.

We admired the gymasium decor. Hubby leaned over and whispered, “I’m glad to see they support 40 year-old divorced women looking for love”! 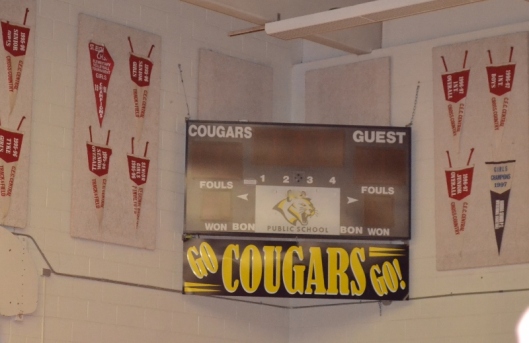 We considered faking narcolepsy, waving at random people, or sniffing the air suspiciously, but we didn’t want to disturb our fellow  family members.

By the end of the 4th song, we were getting silly. So, like all bad parents, we stumbled our way from gym between songs, grabbed Little Guy from the classroom, and hightailed it home for ice-cream. Before you judge us, I must add that Hubby wanted to leave after the first song, but I made him be a better bad parent by waiting an extra 10 minutes. He’s still grumbling about it…

The next concert is 8 months away…plenty of time to plan for the next one!
That’s entertainment!